In Czechoslovakia, it’s the Prague Spring. In the US, both Martin Luther King and Robert Kennedy are assassinated. But while strikes, antiwar protests and riots continue, the Earth is for the first time seen rising over the moon, and Star Trek airs US television’s first interracial kiss. The first British heart transplant takes place, the M1 motorway is completed, and the Post Office introduces First Class post.

The average UK house price is £4,344, and a gallon of petrol can be bought for 5/5, or 28 new pence. The Beatles release Hey Jude and The White Album and premier their film Yellow Submarine, and Joseph and the Amazing Technicolor Dreamcoat gets its first performance. In ‘serious’ music, Karlheinz Stockhausen premiers Kurzwellen for six players with shortwave receivers and live electronics, Arvo Pärt writes his Credo, and John Tavener completes his cantata The Whale.

Meanwhile, as hippies continue to turn on, tune in and drop out after last year’s Summer of Love, in Derby, John Nixon founds a choir.

The original group had four singers on each part—sixteen voices in total—singing mostly unaccompanied, but sometimes with a scratch orchestra. John’s strong friendship with Rolls Royce colleague and harpsichordist John Rooks, from Derby Music Club, allowed him to garner support from other local instrumentalists, including organist C Daly Atkinson, flautist Graham Smith and violinist Jean Alington. John worked very hard on his choir, and by late 1968 he knew that a ‘proper’ Cathedral concert was within the choir’s capability. Thus the Derwent Singers’ first performance at Derby Cathedral took place on 26th of April 1969, with harpsichord and flute quartet. The audience were treated to a programme of Palestrina, Bach, Monteverdi’s Mass in G Minor, Mozart and Debussy all for the grand entrance fee of 5 shillings.

Cathedral concerts became an annual fixture. Monteverdi seems also to have been a theme, with more in 1970. This led to the first Derby performance of Monteverdi’s Vespers in June 1973. This was a joint performance with the Derby Sitwell Chorale—now the Sitwell Singers, another Derby-based chamber choir, founded in 1966 and also still going strong. Kate Baxter, then conductor of the Sitwells, organised music weekends at Morley Rectory attended by members of both the Sitwells and the Derwents. John and Kate decided to perform the Vespers jointly, with professional soloists and a local semi-pro baroque orchestra, the Mercia Orchestra. They were fortunate to be able to engage seven top London soloists from the Purcell Consort of Voices, who were internationally popular at the time. The concert, which also included Bach’s Magnificat, was a great success. On the Derwent Singers’ 40th anniversary, member Josie Lugg recollected how ‘the audience was queuing from the cathedral right down into the Market Place’, and some had to be turned away at the door. Robin Dodd recalled: ‘Even the weather was lovely.’ The Derwents and Sitwells reprised this concert in June 2013, forty years later.

The Times They Are A-Changin’

John Nixon left the Derwent Singers to work for Rolls Royce in the USA in 1976. But his choir lived on, under the direction firstly of Kate Baxter. She and successive conductors—Barrie Simms, Martin Ryman, John Jenkins, John York Skinner, Peter Collis, Christopher Monks and not least today’s Richard Roddis—have stamped their individual marks on the choir, ensuring it has been reinvigorated with fresh talent, and that less experienced singers are nurtured alongside the more mature hands. Singers have also come and gone over the years, but many stayed with the choir for the best part of a lifetime, including Robin, Norman Booth, Josie, Josie’s husband Alan—a talented artist and potter who created the Derwent Singers logo—and Mike Bates, founder of Burton Youth Choir and Mercian Chorale and Deputy Conductor of the Derwents—all now sadly missed.

"Watch out for their next concert….and get behind me at the ticket desk” ……as their reputation preceded them, (we) anticipated something very special, however that was an understatement."

The choir has continued to perform well known sacred ‘large-scale’ works, such as Handel’s Messiah, Vivaldi’s Gloria, Bach’s B Minor Mass and St. Matthew and St. John Passions, and the Mozart, Brahms, Fauré and Duruflé Requiems. But at the same time, conductors have expanded the horizons of singers and audiences alike with many lesser known works such as Longlais’s Messe Solonelle, Norman dello Joio’s To St. Cecilia, Kodaly’s Laudes Organi and Josquin Des Prez’s Missa Pange Lingua. Few who attended the performance of Bernard Lallement’s Missa Gallica, scored for choir, soloists, classical orchestra and ancient and classical instruments, will forget the sound of a hurdy-gurdy in Derby Cathedral. Conductor Peter Collis hunted down the hurdygurdy player in a local hostelry where a French folk music group regularly met—such is the surprising musical variety on offer in South Derbyshire.

Large-scale works have allowed the Derwents to perform with a number of eminent artistes. Superstar soprano Emma Kirkby OBE joined the Derwents in a gala concert in Derby Cathedral in 2004, together with the Orchestra of the Baroque. Another gala concert in Lichfield Cathedral in 2007 in aid of the Elimination of Leukaemia Fund featured Lucy Crowe, her second appearance with the Derwents after joining them for ‘The Compleat Shakespeare’ in 2005. The Derwent Singers have also shared a stage with the likes of Rogers Covey-Crump, Christopher Maltman and Mark Wilde.

Accompanists have included the English Cornett and Sackbutt Ensemble and Christopher Hogwood playing continuo, while the choir has been joined by  instrumental soloists such as organist Carlo Curley and guitarist Nicola Hall, from Duffield.

Other memorable concerts have included a ‘powerful and convincing’ performance of Rachmaninov’s Vespers, sung in Russian, at historic St. Mary’s Church, Bridge Gate, in November 2004—a favourite venue over the last few years—and two  performances in two days of Antonio Teixeira’s Te Deum. The first of these in Derby Cathedral, on 26th of March 2011, was the first performance of the Te Deum outside London since it was lost soon after Teixeira wrote it in Lisbon in 1734. For this, the Derwents were joined by Nottingham’s Sinfonia Chorale, covering five choirs each of four parts and also solos, and together they repeated the performance the next day at Southwell Minster.

But it hasn’t all been on a grand scale. Shorter works, both sacred and profane—madrigals, part songs, folk songs and pop songs—and smaller venues have also been a staple over the years.

Much of the repertoire has been a capella, including a number of arrangements originating from the Sing for Pleasure movement. Smaller venues include many of the churches in and around Derby, while the choir has also performed at interesting non-ecclesiastical venues such as The Queen’s Hall on London Road, Sharpe’s Pottery Visitors’ Centre in Swadlincote, the Lord Mayor’s Chapel in Bristol and the Riding School at Calke Abbey, the latter with a performance of The Wind in the Willows. ‘Pimms in the Park’ at Castle Hayes Park, Tutbury, saw the choir perform to an audience enjoying posh picnics, complete with candelabras!

In the early days, when the choir was smaller, concerts were even held in private houses, such as a performance for the Delius Society in Nottingham.

One of the more unusual venues was Steeple Aston in Oxfordshire.

Helen Alexander, the choir’s current longest serving member, having joined in 1975, remembers: ‘We were to be the evening entertainment at a Medieval Banquet and of course we all dressed appropriately. The organisers tried to be as authentic as they could so we were asked to sit on the floor in the middle of the diners. During the course of the evening the diners went to town and their scraps were tossed into the centre for us. Authentic? Well I don’t know, but it was jolly uncomfortable and quite bizarre!’ 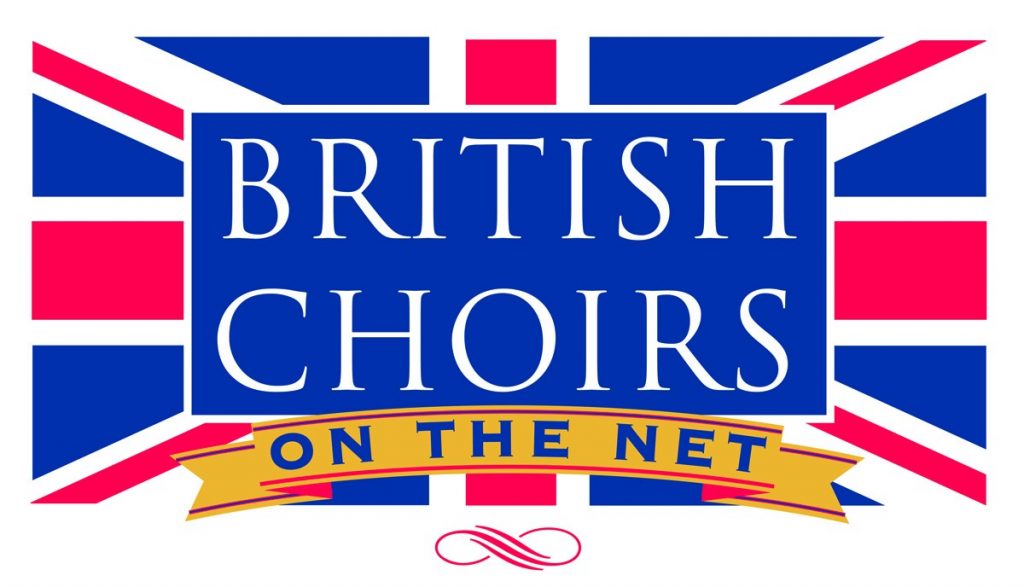